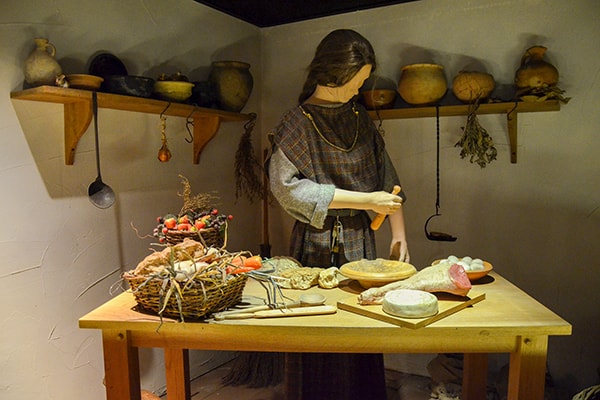 The Verulamium Museum is an educational museum of Roman life with recreated rooms, mosaics, interactive displays and gift shop. It is an Award-winning museum, displaying beautiful objects from the Roman City of Verulamium, featuring superb mosaics and re-created Roman rooms giving the visitor an opportunity to discover the life and times of a major Roman city.
Built on the site of one of the largest Roman cities in Britain, Verulamium Museum is filled with ancient treasures and some of the finest mosaics outside of the Mediterranean.

Bring the entire family and explore the wonders of Roman life, immerse yourself in recreated Roman rooms and admire the craftsmanship of the intricate large-scale mosaics on display. You can also see recent discoveries such as the Sandridge Hoard, a collection of 159 Roman gold coins.

In addition to hands-on discovery areas for younger visitors, the museum also provides a selection of free activity sheets for children and dressing up clothes are available on weekends and school holidays.

On most Saturdays and Sundays, the story of the Roman Town of Verulamium comes to life through gallery talks by St Albans Tour Guides on a variety of topics.

~Things To See and Do, Activities in St Albans~